From the beginning, Bernie Sanders not only illuminated progressive ideas thought to be wild machinations of the fringe left, but he also brought them into the mainstream to build a multi-racial and class-conscious movement. By energizing tens of thousands of people into political participation, Bernie accomplished the unprecedented mission of mobilizing the largest, the youngest, and the most diverse grassroots campaign in American history. We canvassed and we phonebanked. We even started organizing our own workplaces and our neighborhoods. “Not Me, Us” became centered around helping people, and we started to dream for a future that prioritizes all of our families. A future where we fight for each other and not for the benefit of billionaires.

Then on April 8th, Bernie Sanders announced he was suspending his 2020 presidential campaign. We came ever so close in nominating a decent man who wants a better world for everyone.

History will absolve Bernie Sanders. Of course there is much reflection to be done on how Bernie and his campaign could have fared better, but we must bear in mind how difficult an endeavour it is to reorient an entrenched capitalist party around a robust working class. The Democratic establishment, via the corporate media, spent hundreds of hours denigrating Bernie and the policies he promoted. They tried to erase away the identity of all his supporters, calling us Bernie Bros. They even went as far as subverting democracy: the Iowa Caucus debacle, changing the debate rules which allowed the racist Mike Bloomberg to buy his way into the primary, and finally, by forcing elections to take place during a pandemic. It is clear our next fight is against the Democratic establishment who are beholden to their corporate masters and who refuse to present scientific, economic, and moral facts when these are in conflict with capitalist interests.

Though the future does seem grim, whether we go gentle into this neoliberal night is completely on us. The Bernie Sanders campaign showed us that we have large numbers on our side, larger than many realize. Not only do we believe in the possibility of a democratic socialist world order, but now it seems totally worth fighting for.

So what comes next?

Bernie Sanders is still on the ballot, we can still cast our votes. It’s our right to do so, and it can increase Bernie’s delegates which will help exert some influence over the DNC platform come convention time. For Biden to earn the progressive vote in November, his campaign must pledge commitment to all of the following:

Let us not forget how close a democratic socialist came to winning the nomination. It is valid to mourn the suspension of the Bernie Sanders campaign, but we must not fall into total despair. The inspiration we all felt from this momentous campaign is still inside of us. Just like Bernie asked at his Queens rally last fall, Western CT DSA is asking you to fight for someone you don’t know. We need every single one of you. If you are already a member, we ask that you work harder, and if you’re new to the struggle, welcome comrade. Not a single person can save us, not a single campaign can save us. We must save each other because we are the movement. That is the essence of “Not Me, Us”.

This is not the end, this is the beginning. The struggle continues. 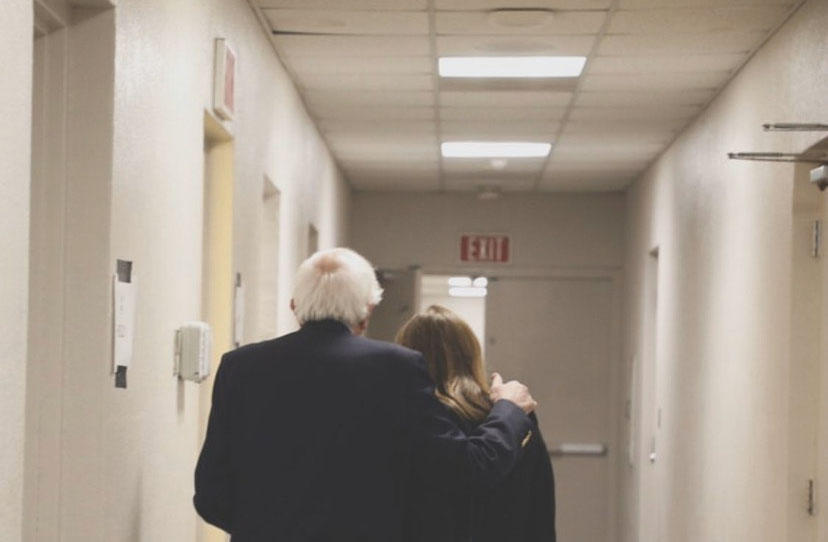